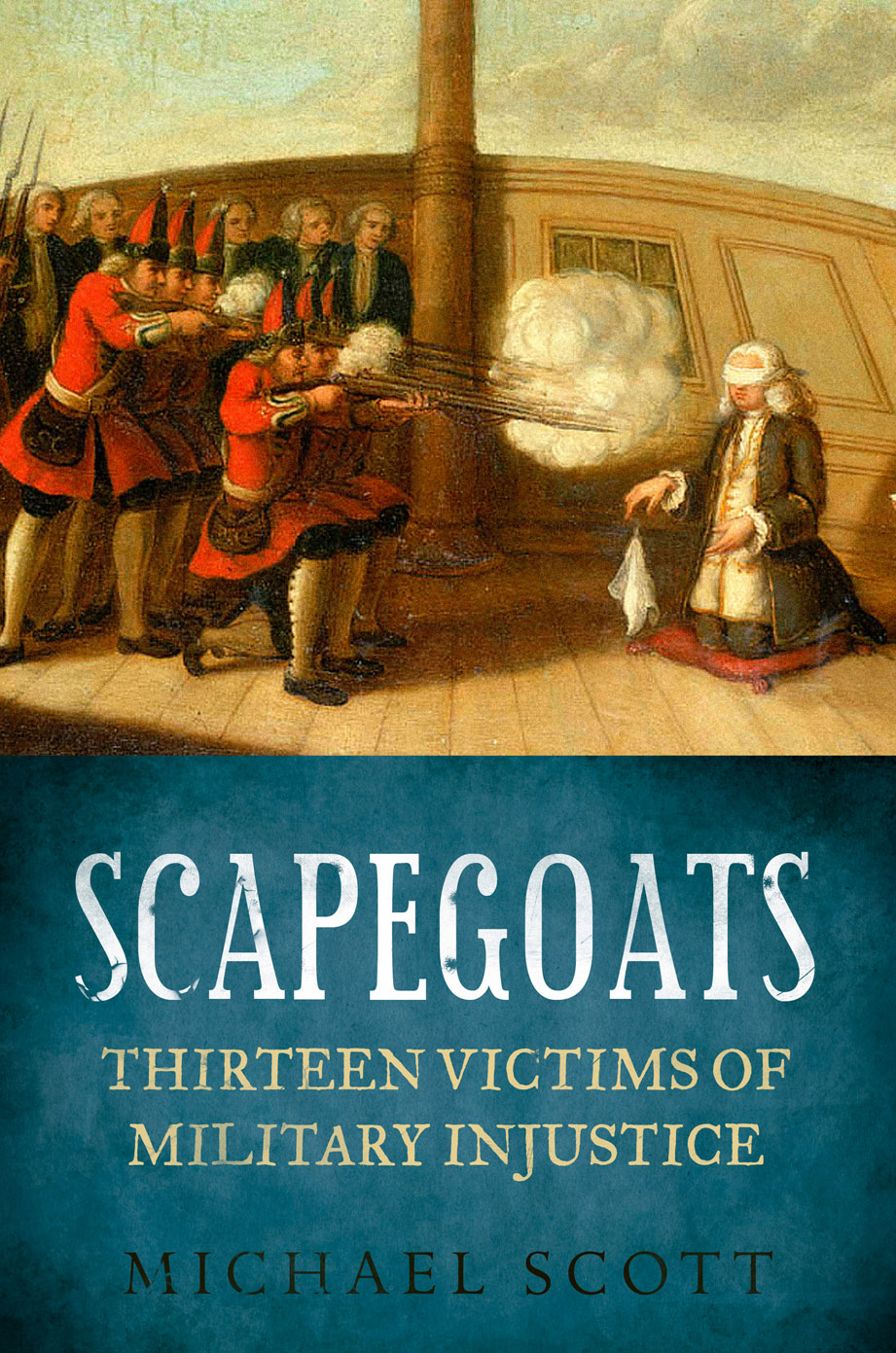 At all costs avoid blame.

Such is the creed of dictators and politicians, tycoons and company chairmen, media celebrities and spin doctors the world over. But what about men at war, where the penalties for errors of judgement can be devastating? History is full of tales of those who have been wrongly castigated in the rush to find a culprit; only later, sometimes much later, when the real truth comes out, is the scapegoat exonerated.

Exposed here are the real stories behind the myths that allow the reader to make a balanced judgement on history’s fairness to the individual. From Admiral Byng, executed for failing to do his utmost in 1757, to General Alazar, held responsible for Israel’s lack of preparation at the start of the Yom Kippur War and General Dallaire, let down by the United Nations over the Rwanda massacres of 1994, these portraits of individuals unjustly accused span continents and centuries. The book begins with an introduction, defining the scapegoat and examining the conditions needed to qualify. This superbly researched book by a former professional soldier uncovers what might be termed the most disgraceful miscarriages of military justice.