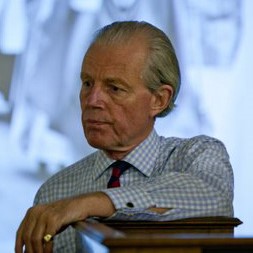 Michael Scott was commissioned into the Scots Guards in 1960. After worldwide regimental service, he led the 2nd Battalion Scots Guards in the Falklands War and was awarded the DSO. He was subsequently a brigade commander in Northern Ireland and, as a Major General, commanded the Army in Scotland and was appointed Governor of Edinburgh Castle in 1993. On leaving the Army, he was selected to be the first Complaints Commissioner to the Bar Council dealing with complaints against barristers.