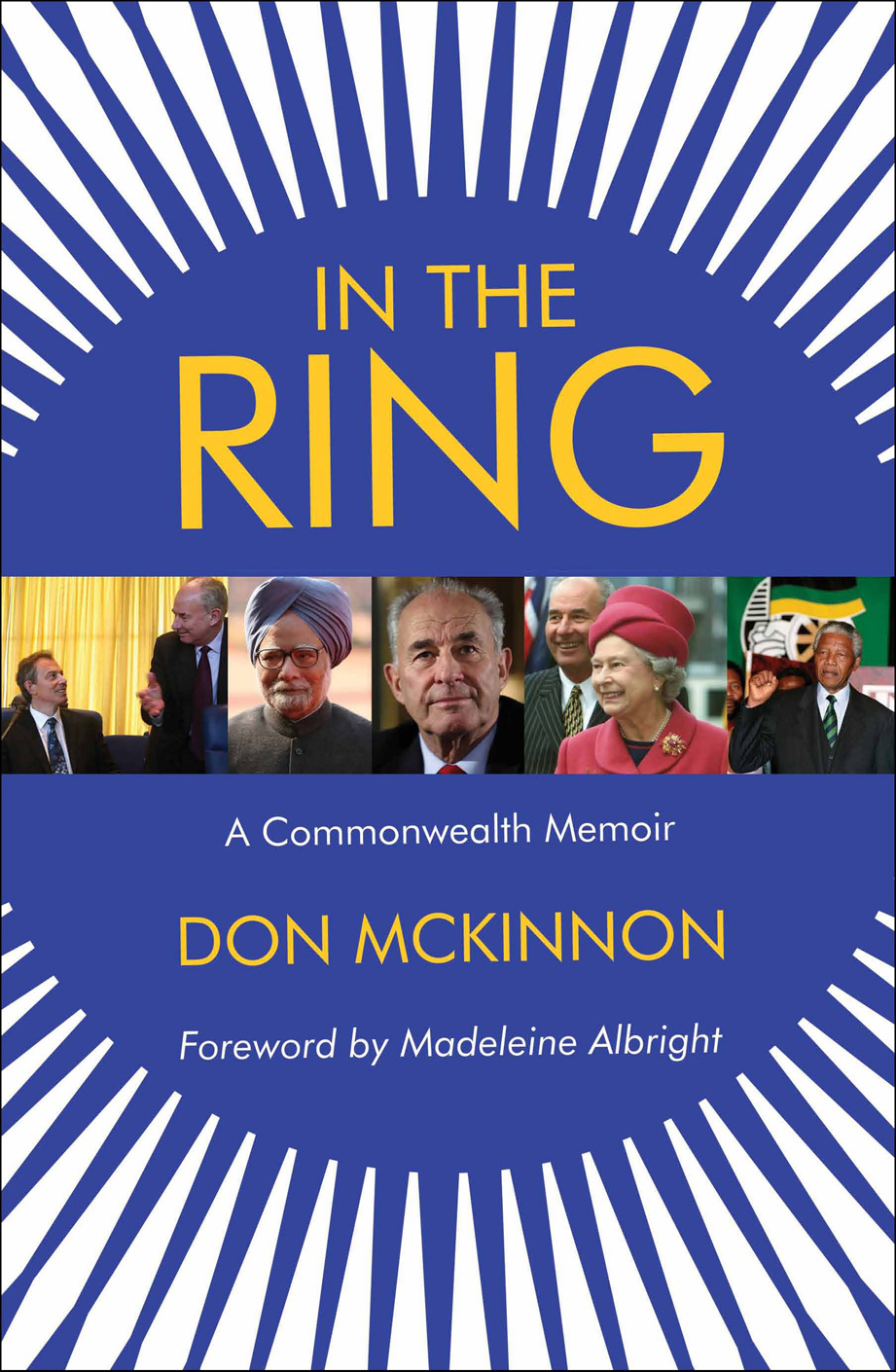 In the Ring deals with impossibly devious plots and characters – ambitious presidents and prime ministers from all corners of the world, some determined to hold onto power at any cost; a British government often with a misplaced sense of its own role in one of the world’s oldest organisations; and an organisation of 300 people, externally working to help the world while inwardly struggling along racial and geo-political lines.

You couldn’t make it up – and he hasn’t.

For the first eight years of the 21st century, Don McKinnon was the Secretary General of the Commonwealth and this was the stuff of his day-to-day life, whether facing down armed coup leaders or soothing internal staff factions. Here for the first time he reveals what was going on behind the scenes during such major events as the suspension of Zimbabwe from the Commonwealth.

With fascinating background detail and his predictions for the future of the Commonwealth itself, this is a compelling account of the trials and tribulations of running an international organisation in a complex world.