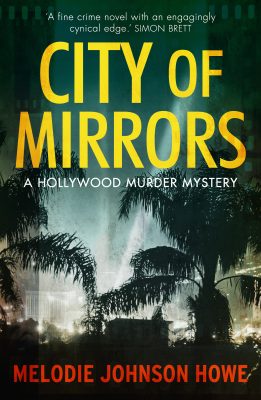 Hollywood can be a dangerous business.

In this suspenseful thriller, Diana Poole is already mourning the deaths of both her husband and mother when she has to go back to acting to make ends meet. Even as the daughter of a famous actress, it’s hard for a woman in her forties to get work in a town where young starlets get all the leading roles. It seems like a stroke of luck when Diana lands a part in a major new movie. But when she discovers the leading lady murdered, she has to turn detective to find the killer and save her own skin. Not knowing who she can trust in this criminal town, Diana has to use her all her skills as an actress to play her part and while trying to solve the crime.

But unmasking the surprising murderer isn’t that easy, especially when she uncovers what’s real–and unreal–in her own life.