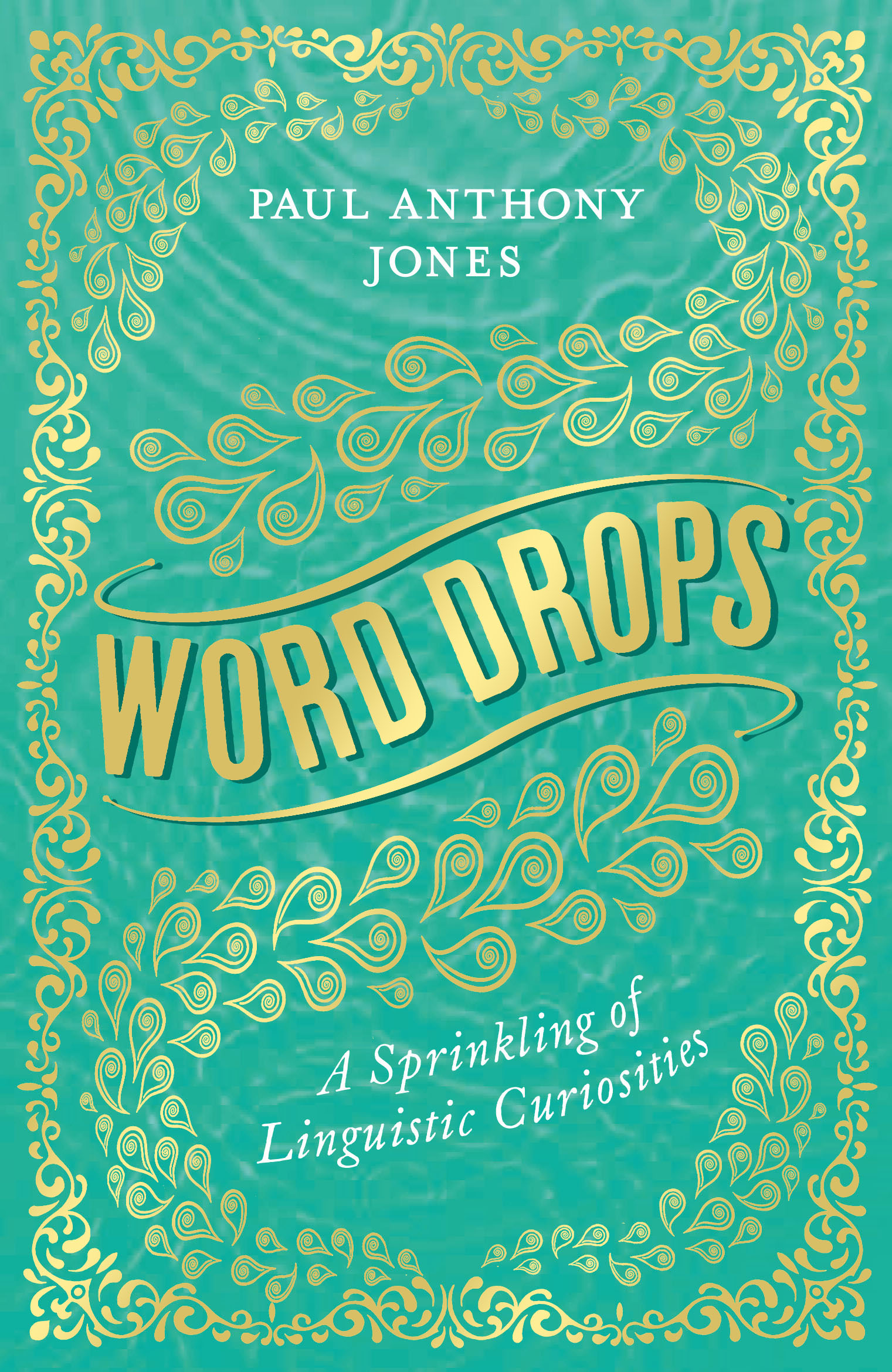 If you’re logofascinated, you are literally spellbound by language.

This surprising compendium of 1,000 facts about words, language and etymology is here to inspire your curiosity and delight in discovery. In Word Drops, you can delve into a smattering of unexpected connections and weird juxtapositions, stumble upon a new or remarkable word, or learn of many a bizarre etymological quirk or tall tale.

– Did you know that the bowl made by cupping your hands together is called a gowpen?

– And speaking of bowls, the earliest known reference to bowling in English dates from 1555, when bowling alleys were banned by an Act of Parliament.

– And that ties in nicely with the fact that the English called the Germans ‘Alleymen’ during the First World War.

Word Drops is a language fact book unlike any other, its linguistic tidbits all falling together into one long interconnected chain just like the example above with each fact neatly ‘dropping’ into place beside the next.

What’s more, throughout, footnotes are used to give some informative and intriguing background to some of the most bizarre facts, covering everything from traditional Inuit games to the origin of the Bellini cocktail, from the precise length of one ‘jiffy’ to what the Romans thought hoopoe birds ate, and from what to expect on a night out with Dr Johnson to Samuel Pepys’s cure for a hangover. Want to know the longest palindrome in Morse code, or who The Great Masticator was? Curious to know what Norwegian steam is, or what a jaaaar is? The answers are all here.

For all of the logofascinated among us, this is an immensely pleasurable and unpredictable collection that is guaranteed to raise eyebrows (the literal meaning, incidentally, of supercilious).