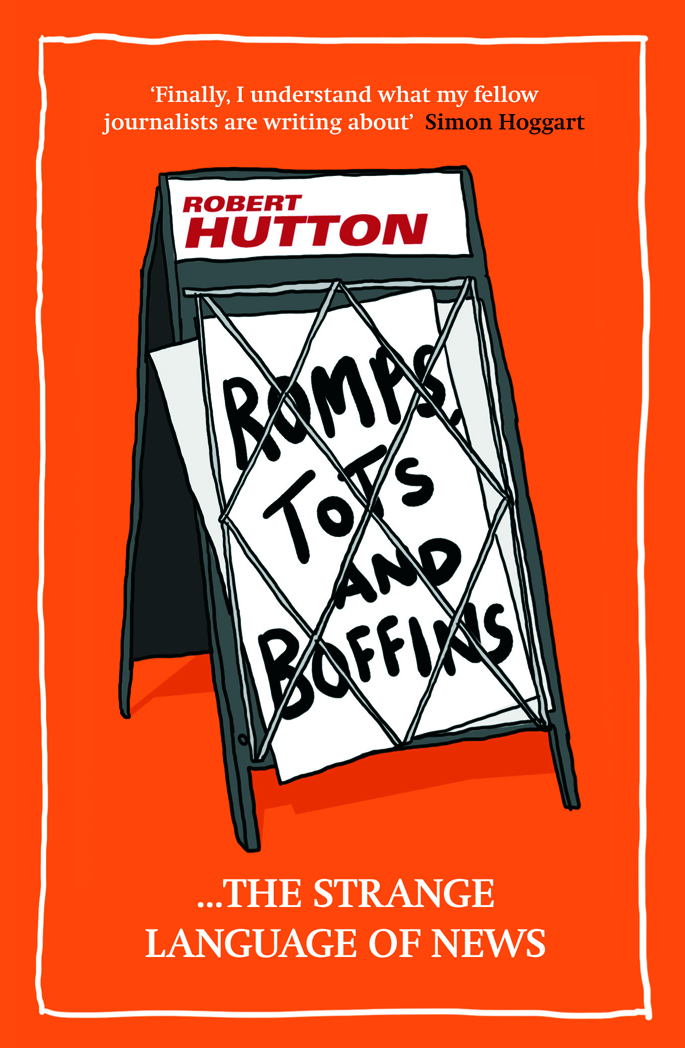 Where is drunken vandalism always a ‘booze-fuelled rampage’?
Where is everyone in uniform a ‘hero’ and every thief ‘heartless’?
Where are market towns always ‘bustling’ and villages ‘sleepy’?

If you have ever picked up a paper, you will have come across ‘journalese’, the language of news. It’s a strange language, a little like English. Without it, how would our intrepid journalists be able to describe a world in which innocent bystanders look on in horror, where tots in peril are saved by have-a-go heroes, and where troubled stars lash out in foul-mouthed tirades?

Robert Hutton has been working around native journalese speakers for two decades, living as one of them and learning their ways, and now he has made their secrets available to the public for the first time. When he first began collecting examples online, he provoked a ‘Twitter storm’, and was ‘left reeling’ by the ‘scores’ of examples that ‘flooded in’. He realized that phrases which started as shorthand to help readers have become a dialect that is often meaningless or vacuous to non-journalese speakers.

In a courageous attempt both to wean journalists off their journalese habit, and provide elucidation for the rest of us, Romps, Tots and Boffins catalogues the highs and lows of this strange language, celebrating the best examples (‘test-tube baby’, ‘mad cow disease’), marvelling at the quirky (‘boffins’, ‘frogmen’) and condemning the worst (‘rant’, ‘snub’, ‘sirs’). It’s a ‘must-read’ ‘page-turner’ that may ’cause a stir’, ‘fuel controversy’, or even ‘spark’ ‘tough new rules’ in newsrooms.