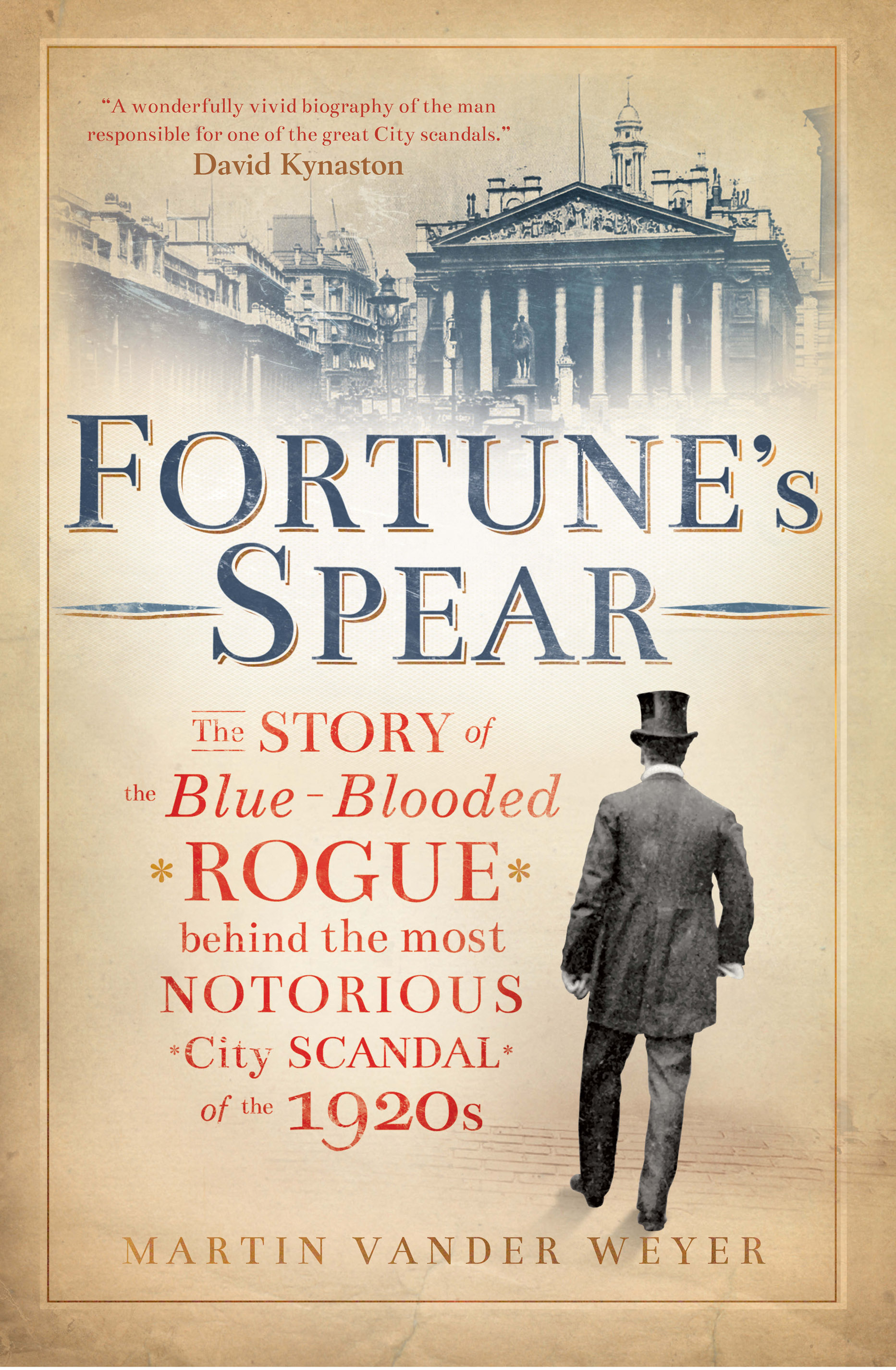 Gerard Lee Bevan was the model of an Edwardian swell arrogant, smooth, wellconnected and highly cultured. He married money and influence; his wife Sophie Kenrick was a cousin of the future prime minister Neville Chamberlain and over the years he kept a string of showgirl mistresses. But his was a success built on fraud and deception, and eventually Bevan could sustain the fiction no longer.

After a series of desperate swerves, he fled the country on 8 February 1922, abandoning his family and leaving his stockbroking and insurance empire in ruins. Thus began an extraordinary flight across Europe disguised as a Frenchman, using a stolen passport, with his mistress at his side. His subsequent arrest in Vienna, and the Old Bailey trial that followed, would shock the entire country.

Fortune’s Spear is a parable of the way in which the prospect of easy money draws risk-takers in every era into a spiral of greed and deceit. Bevan may have been forgotten but he richly deserves to be remembered. Drawing on contemporary evidence and told with novelistic flair, Martin Vander Weyer s gripping biography brings him vividly to life.