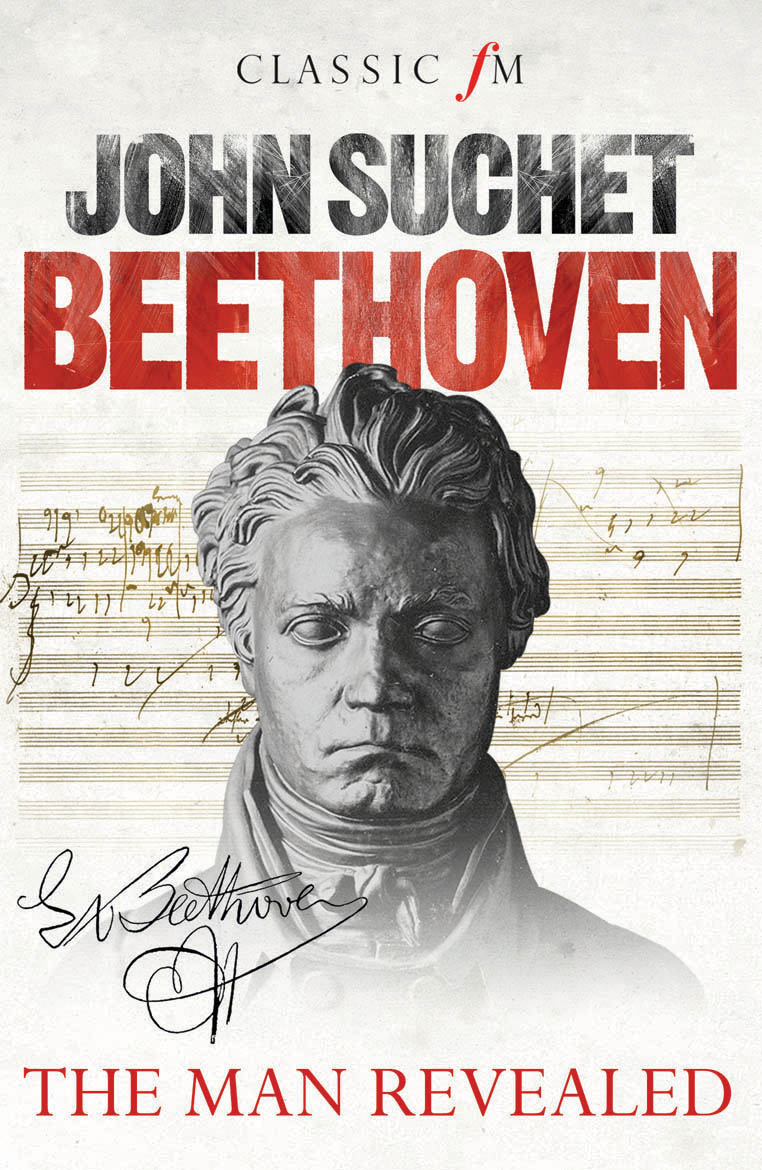 It is perhaps more true of Beethoven than any other composer that if you know what is going on in his life, you listen to his music through different ears. Ludwig van Beethoven’s life – its dramas, conflicts, loves and losses, his deafness coupled with continuous health problems, his epic struggle with his sister-in-law for sole custody of her son, his nephew – is played out in his music.

Now John Suchet has portrayed the real man behind the music in this compelling biography of a musical genius. He reveals a difficult and complex character, struggling to continue his profession as musician despite increasing deafness, alienating friends with unprovoked outbursts of anger one moment, overwhelming them with excessive kindness and generosity the next, living in a city in almost constant disarray because of war with France.

This is not the god-like immortal portrayed in statues and paintings in heroic pose garlanded with laurel leaves. Beethoven may have been one of the greatest artists who ever lived, but he was still a man who had to live among fellow mortals, eat and drink, fall in love, pay his rent. This is the real Beethoven, and Suchet brings him effortlessly to life.