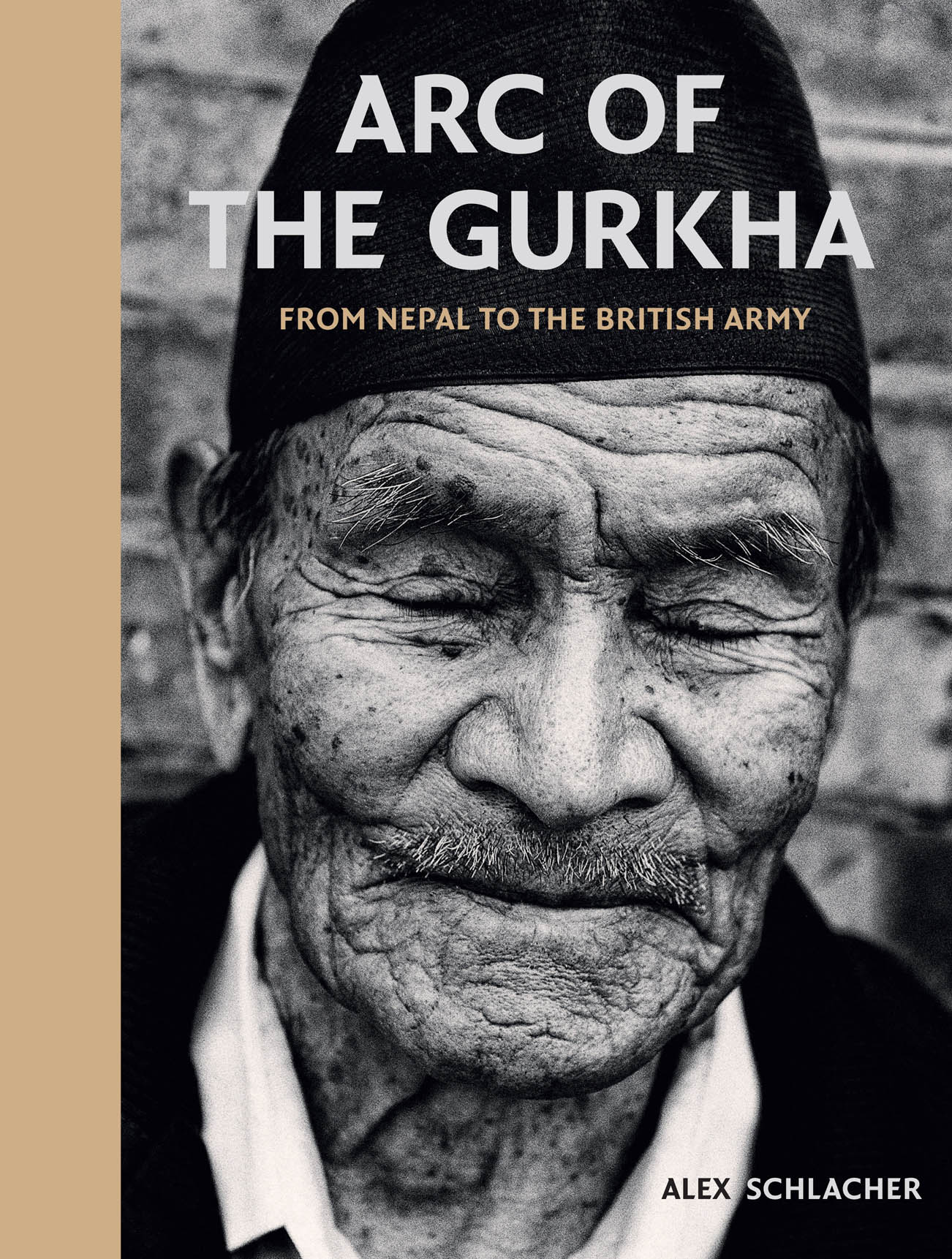 The Gurkhas are an elite fighting force from Nepal who have served in the British Army since 1815. They occupy a unique place in the public’s imagination, and are renowned for their loyalty, strength, professionalism and courage.

Arc of the Gurkha is a striking and powerful book of photographs that reveal the human face of the legendary Brigade of Gurkhas, focusing on the individual soldiers, their backgrounds, experiences and careers, from recruitment to retirement.

Alex Schlacher has accompanied the Gurkhas in Afghanistan, Brunei and Australia; she has visited all the units in the Brigade as well as retired and medically discharged Gurkhas; and has taken intimate portraits of hundreds of soldiers and heard their stories. This book is the first to explore what it really means to be a Gurkha.

The Washington Post features an extensive interview with Alex Schlacher. Read it in full here.

Die Weltwoche, a Swiss weekly magazine, published an article on Alex’s experiences in German and featuring some of her photographs, which can be viewed here (a translation without the pictures can be read here).

Austrian weekly Profil magazine also published an article about the Gurkhas featured Alex’s photographs and a pdf can be viewed here (click here for the English translation).

Special Forces website SOFREP.com has an interview with Alex that can be read here.

If you would like to find out more, you can watch the BBC News interview with Alex Schlacher here.

Alex has also been interviewed by the British Forces Broadcasting Service. To watch it, click here. She has also been featured on BBC World News – Impact; this can be accessed here.

Or finally, if you would like to listen to Alex talk on her book, she has previously made the following radio appearances: