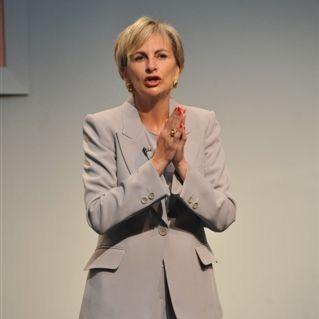 Frances Edmonds is an international bestselling author. Her first book, Another Bloody Tour (an outrageously funny and highly controversial account of the England cricket team’s tour of the West Indies, published in 1986) created uproar in sporting circles. Her subsequent non-fiction titles cover sport, politics, marketing, self-help and motivation. Her internationally published works of fiction have all met with outstanding critical acclaim.

After graduating with a Masters Degree in Modern Languages from Cambridge University, Frances joined the Commission of the European Union in Brussels as an international conference interpreter. For over a decade, she worked to facilitate communication and cooperation within all the major international organisations and between the heads of state and government at their annual World Economic Summits. Her years spent negotiating at the highest level fostered her expertise in cross-cultural communication and consensus creation.

She specialises in working with multinational and multi-cultural organisations as both a keynote speaker and moderator. An inspirational, humorous and engaging presenter, Frances has also been voted Britain’s most entertaining female after-dinner speaker in a recent survey by The Times.

Frances’s understanding of business issues, gleaned from her own experience in creating a specialised construction company, led to her election as an Honorary Fellow of the British Association of Women Entrepreneurs. She is a Fellow of the Royal Society of Arts and a Founder Member and Fellow of the Professional Speakers Association.