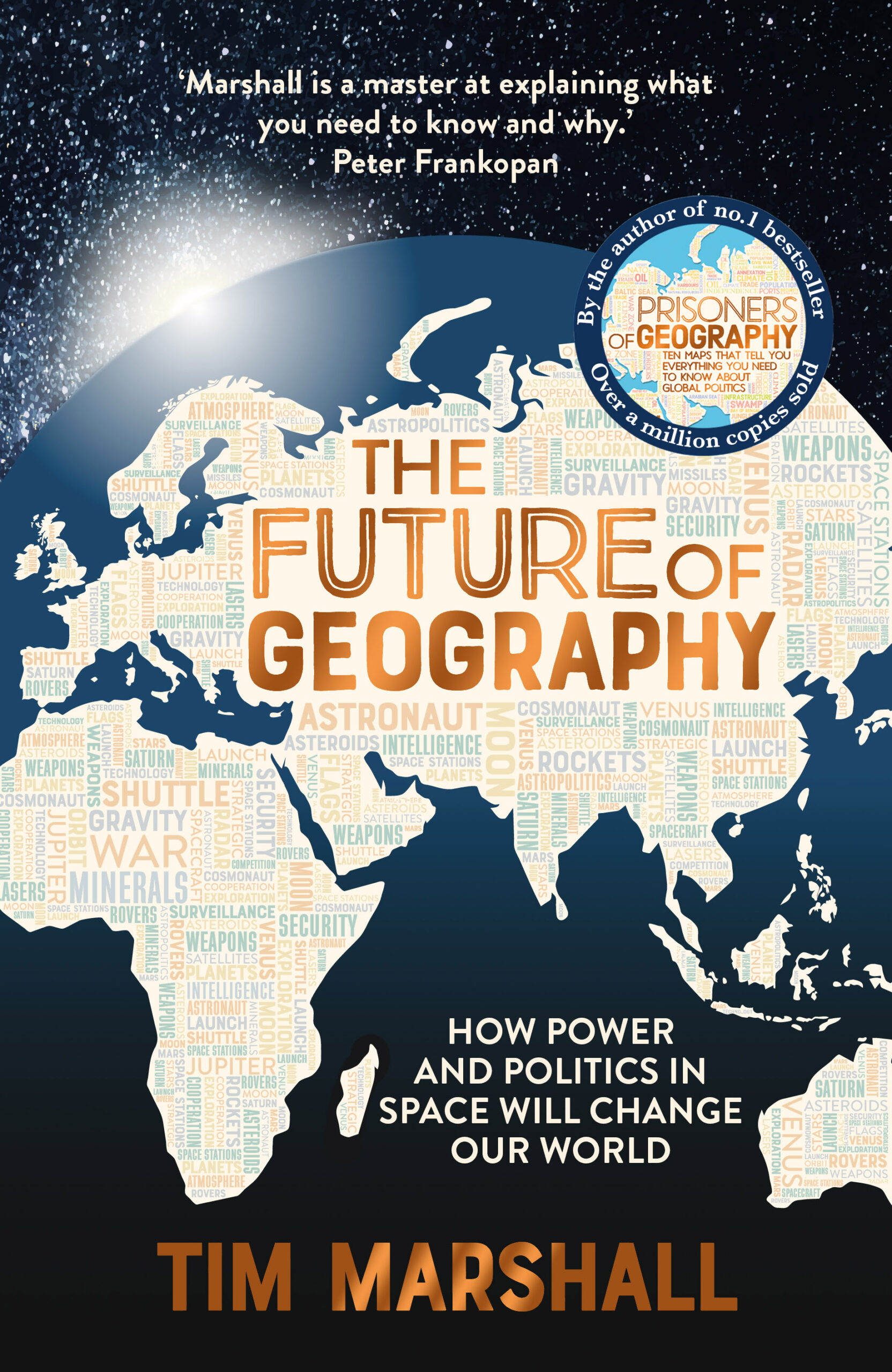 Today we are thrilled to reveal the cover of Tim Marshall’s new book with an animation to celebrate World Space Week. The Future of Geography: How Power and Politics in Space Will Change Our World is a gripping exploration of the new space race, publishing 27th April 2023. The cover was designed by David Wardle, with animation by Neal Manning (Papercuts and Pixels).

Marshall, bestselling author of Prisoners of Geography and The Power of Geography, digs deep into the past, present and future of the new ‘astropolitics’ that are set to change the face of life on Earth. From physical territory and resources to satellites, weaponry and strategic choke points, geopolitics is as important in the skies above us as it is on Earth. As another golden age of exploration beckons over the limitless horizon, space is becoming a political battleground. Who owns space? How do you decide?

Tim Marshall’s The Future of Geography will be launched on the 27th April 2023 with a special event at the Royal Observatory’s Peter Harrison Planetarium, alongside a major marketing and publicity campaign.