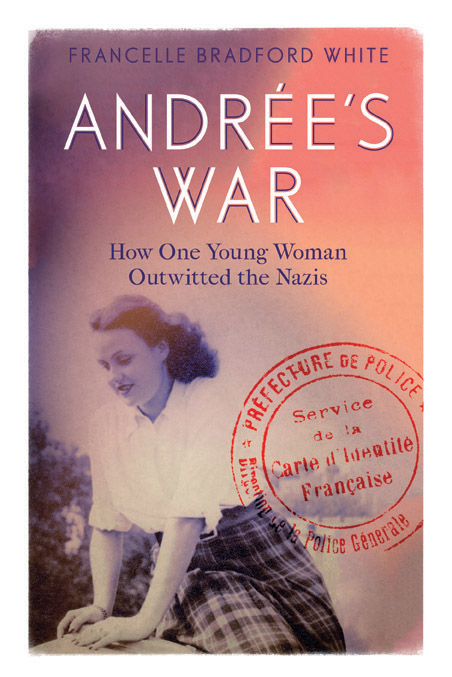 A true story of bravery and courage in occupied Paris

Andrée Griotteray was only nineteen years old when the Germans invaded France. During the four years of Occupation she transformed from a teenager in search of fun and frivolity into a capable, fearless young woman, risking her life in service to her country and the Resistance. Always modest about her actions during the war, Andrée has been decorated by the French government for her bravery. Now her moving and courageous story is brought vividly to life, told for the first time by her own daughter.

After the German invasion of Paris in June 1940, nineteen-year-old Andrée Griotteray found herself living in an occupied city, forced to work alongside the invaders. Unable to stand by and do nothing, her younger brother Alain set up his own resistance network to do whatever he could to defy the Nazis. Andrée risked her life to help him without hesitation.

While working at the Police Headquarters in Paris, she printed and distributed copies of an underground news sheet and stole blank ID cards that were passed on to men and women attempting to escape France. She travelled across France, picking up and dropping off intelligence ultimately destined for the British and Americans, always fearless in the face of immense pressure. And then, one day, she was betrayed and arrested.

Based on Andrée’s diaries from the time and conversations over the years, Francelle Bradford White recounts her mother’s incredible story: the narrow escapes and moments of terror alongside a typical teenager’s concerns about food, fashion and boys.

This fascinating story tells of one woman’s struggle and of the bravery that ultimately led to her being awarded the Médaille de la Résistance, the Croix de guerre and the Légion d’honneur.