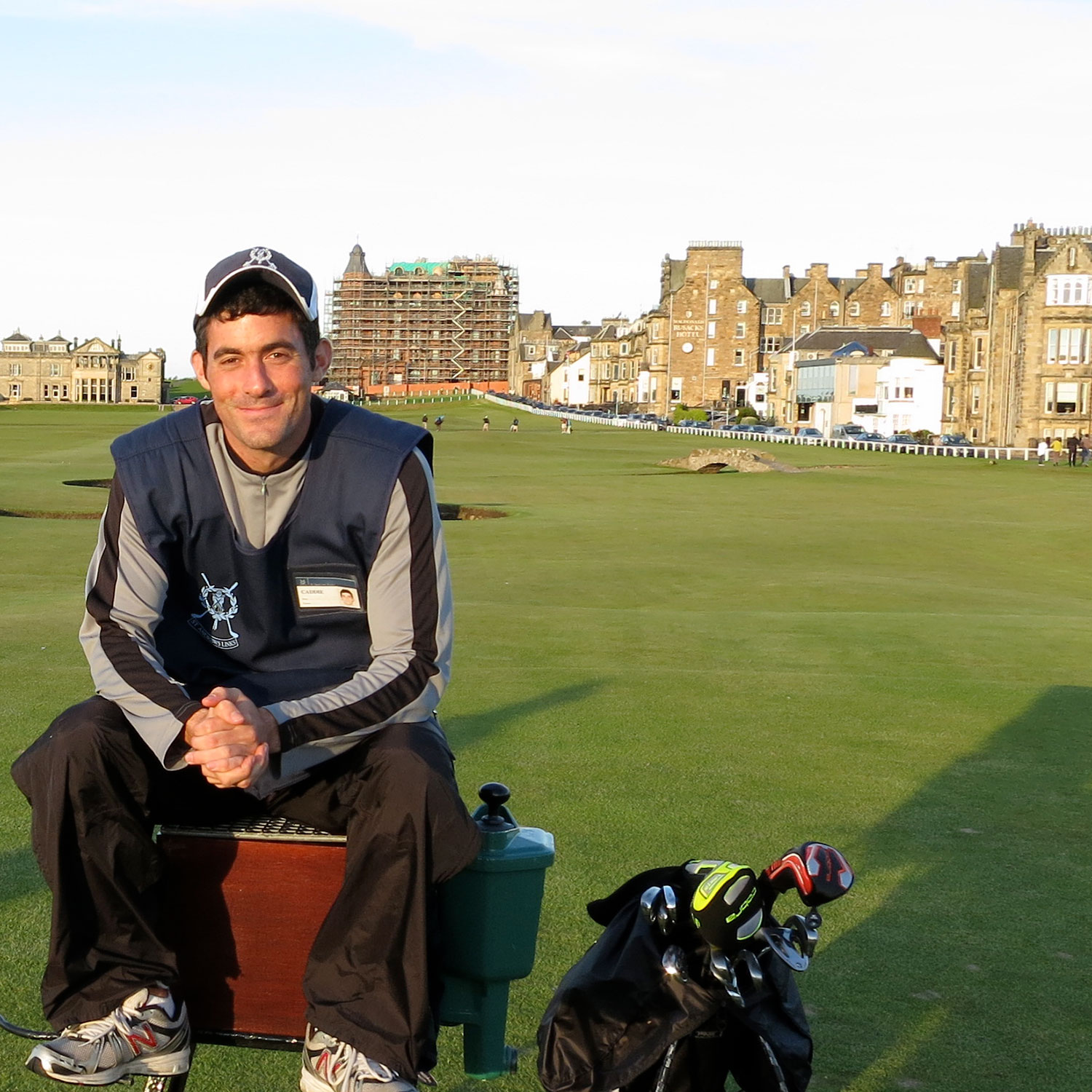 Oliver Horovitz is a writer, filmmaker and caddie on the Old Course in St. Andrews, Scotland. He has written feature articles about his rounds in Sports Illustrated, Golf World, Golf Digest, and Golfweek. He has caddied with Huey Lewis, Tico Torres (of Bon Jovi), and Larry David. Michael Douglas described him as ‘a writer to watch’. In 2007, he wrote and produced a documentary called The Caddies of St. Andrews. He divides his time between New York City and St. Andrews.